Armageddon by Thomas E. Sniegoski
The Fallen; Book Five
"The war between Heaven and Hell rages to a dramatic conclusion as Aaron, half angel and half human, fights with the other Nephilim to protect humanity from Satan's wrath." –Publisher.

Best Kept Secret by Amy Hatvany
Cadence didn’t plan on developing a problem with alcohol. It sort of snuck up on her. Her life wasn’t always this way. Not so long ago she was happily married, had an adorable son, and a promising journalism career. But as her marriage crumbled, so did the rest of her life. Logically Cadence knows that she is drinking too much, but it’s only when her ex-husband shows up at her door to take her son away that Cadence realizes what she may ultimately lose. –Summary.

Chosen at Nightfall by C.C. Hunter
Shadow Falls; Book Five
When Kylie Galen left Shadow Falls, she thought it was the hardest decision of her life. Struggling to come to terms with the separation from her loved ones and her chameleon abilities, Kylie returns to the camp where it all began and must choose between the two young men who love her. For Kylie, everything will finally be revealed and nothing will ever be the same. –Summary.

Cruel Beauty by Rosamund Hodge
Betrothed to the demon who rules her country and trained all her life to kill him, seventeen-year-old Nyx Triskelion must now fulfill her destiny and move to the castle to be his wife. –Summary.

Dismantled by Jennifer McMahon
Calling themselves the Dismantlers, three daring misfits--Henry, Tess, Winnie, and Suz--spend the summer after graduation in a remote cabin in the Vermont woods committing acts of vandalism and plotting elaborate pranks. But everything changes when one particularly twisted experiment ends in Suz's death and the others decide to cover it up. Ten years later when a victim of their past pranks commits suicide, a chain of eerie events threatens to engulf Henry, Tess, and their inquisitive nine-year-old daughter, Emma. –Summary.

Enders by Lissa Price
Sequel to Starters
"With the Prime Destinations body bank destroyed, Callie no longer has to rent herself out to creepy Enders. But Enders can still get inside her mind and make her do things she doesn't want to do. Like hurt someone she loves." –Publisher.

The Fiery Heart by Richelle Mead
Bloodlines; Book Four
After making a life-changing decision, Sydney Sage, an Alchemist who serves to bridge the worlds of humans and vampires, must tread a careful path as she harnesses her profound magical ability to undermine the way of life she was raised to defend. –Summary.

Hollow City by Ransom Riggs
Miss Peregrine's Peculiar Children; Book Two
Having escaped Miss Peregrine's island by the skin of their teeth, Jacob and his new friends must journey to London (circa 1940), the "peculiar" capital of the world. –Summary.

Inferno by Sherrilyn Kenyon
Chronicles of Nick; Book Four
As he learns new powers, sixteen-year-old Nick leans towards the dark side and glimpses his future. –Summary.

Revealed by P.C. Cast
House of Night; Book Eleven
Drastically altered after her fall, Neferet is now more dangerous than ever--and her quest for vengeance will wreak havoc on humans, as well as Zoey and her friends. Chaos is loosed in Tulsa and the House of Night is blamed. Can Zoey stop Neferet in time to keep her anger from escalating to full-on war? Or will someone else have to step in to take the fall? –Summary.
Posted by Myrna Allen at 10:07 AM
Newer Post Older Post Home 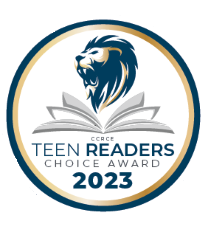